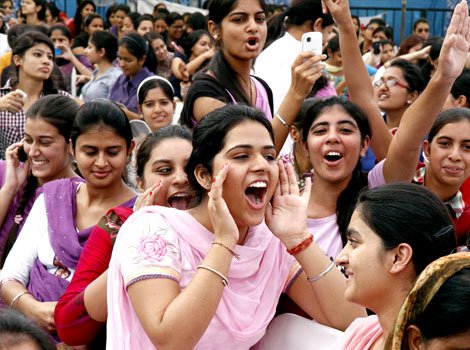 IIT ‘s poor performance in the global ranking on the Human Resource Development Minister MM Pallam Raju said , ” IITs, the performance was better in the previous ranking . However , neither the IITs ​​and IIMs nor are the various courses . However , this argument can not be falling behind in the rankings . IIT Research is needed to better focus on things like output . ”

Research at the Punjab University’s Performance front is not too great . However , in the case of reference has been good . Times Higher Education World University Rankings editor Phil ‘s daughter told the Economic Times , Punjab University has achieved a good score in terms of reference . This means that the university Academician are designed such research , which has used the global academic community . ” According to the Times Higher Education World University Rankings 2013-14 , Punjab University in reference to a score of 84.7 . Additionally, the International Outlook 29.3, industry income 28.4 , 25.8 and Research in Teaching found in 14 points . Overall global level on top of the rankings for three consecutive years by the California Institute of Technology , Harvard University and the University of Oxford , while having a different number . Stanford University this year climbed to fourth down .

Previous Laloo get sentenced to 5 years in fodder scam
Next Laloo Yadav teach Political Science to prisoners, get Rs. 25 a day