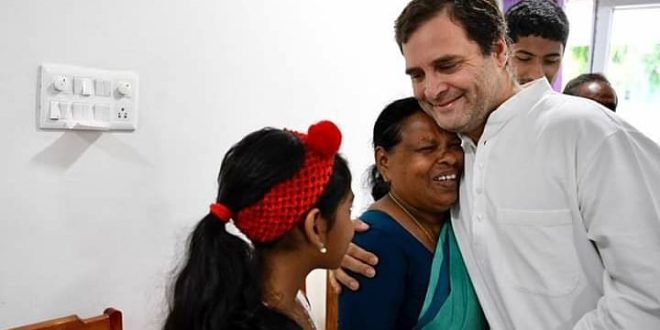 Rahul’s attack on the government on the rising cases of Corona, said – PM surrenders

Corona virus cases are continuously increasing in the country. On Friday, more than 18 thousand new cases were registered across the country. The country’s main opposition party has targeted the government for this. On Saturday, Congress leader Rahul Gandhi said that the Prime Minister is silent and has surrendered.

Rahul Gandhi tweeted, “Covid-19 is spreading rapidly in new parts of the country. The Government of India has no plans to defeat him. The Prime Minister is silent. They have surrendered and are refusing to fight against the epidemic. ”The Congress president’s statement comes at a time when the corona infection cases have increased by one lakh in just six days.
Let us know that the number of corona virus cases in India increased to five lakh on Friday. Covid-19 cases increased by one lakh in just six days. On Friday, 18,000 thousand new cases were reported for the first time. 381 people died on Friday due to the virus. For the first time, the death toll was less than 400 in four days.
According to the figures of the state governments, there have been 5,09,377 cases of this deadly virus in the country and 15,681 people have died. At the same time, 2.95 lacs people have been cured so far. The cases of this virus are continuously increasing in India. On Friday, 18,572 new cases were registered. Earlier, the maximum number of cases reported in a single day was 17,870. This was the maximum number of cases in the last eight days.

Previous UP Board Result 2020: 10th and 12th result will be released today at 12:30 PM
Next User said- ‘You got treatment to look fair’, Bipasha Basu gave a befitting reply