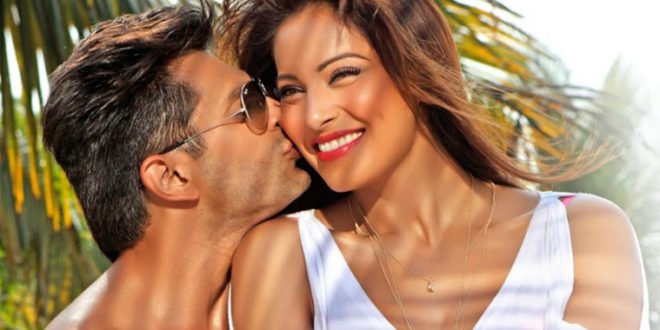 Hindustan Unilever on Friday decided to remove the word ‘Fair’ from its brand ‘Fair and Lovely’ Cream. As soon as this news came in front, people were giving their opinion about the cream that promotes apartheid. Bollywood actress Bipasha Basu also spoke on it. But then a user tried to troll them. After which Bipasha gave a befitting reply to him.

On Bipasha Basu’s post, a user wrote in a comment, ‘You have got skin lightening and whitening treatment on your skin to look blonde’. To this, Bipasha replied, ‘Really .. Thank you very much for telling me this. My skin is very delicate and allergic … I have two facials in life. Awesome … strangers know what I made. ‘

Bipasha wrote about the problems caused by her life due to the amnesia, “When I was growing up, one thing I always heard was that Bonnie is darker than Sonny.” Although my mother is also dark and I look very much like her, when I was a child, what were these discussions about color in my distant relatives? ‘

Bipasha further wrote- ‘I started networking at the age of 15-16 and I also won the Contest of Supermodel. It was written in all the letters, Winner became the Sidwali girl of Kolkata. I wondered how dark color could be my first feature? I again felt bad about why I was being addressed with such names, adjectives. ‘

Bipasha Basu further said, “While roaming the world, I came back to India again and the offers of films started coming. Then I did my first film Stranger. I was accepted and loved by all, but that dusky address was always associated with me. By then, however, I had fallen in love with my solidity. My dark color was the main topic of discussion. For the past 18 years, many skincare companies have offered me lots of money, but I am always avoiding my principles. ‘

Previous Rahul’s attack on the government on the rising cases of Corona, said – PM surrenders
Next How to update your Unique Identification document

9 Selebs dead in 19 days, was the mysterious death of someone, be someone Suicide