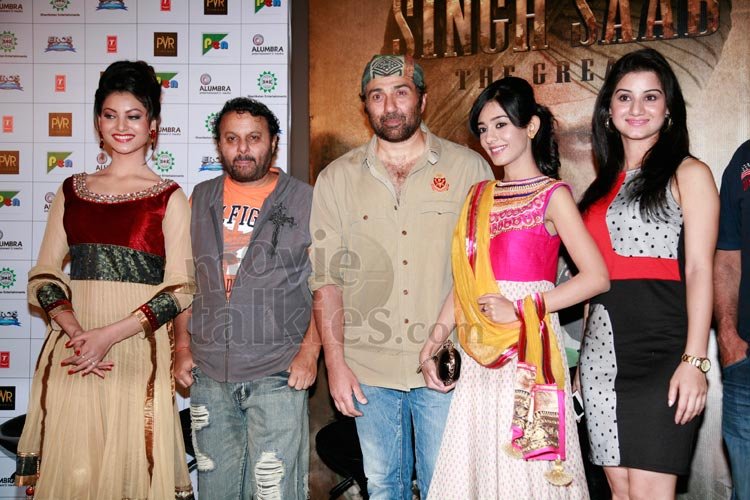 Sunny Deol seekers may be good news for that in the coming months three  movies  will get to see. “Coming  Friday released the “Singh Saab the Great”. Director Anil Sharma and sunny with the fourth film, a tale of the “Gaddar:  love story “, ” The Hero”, “Love Story of a spy”, ‘ “Ab Tumhare Hawale Watan Sathiyoa” couple of amazing chemistry.

The movie directed by Vinay Radhika Rao and Vinay Sapru ; film producer T series  company and become the film due to disputes in the off.

According to sources in the movie theaters without linen may promotion is sunny co-actor  Tannishtha Chatterjee. While Kangana Ranaut  also play a crucial role in the film. film shooting in the United States.

After a long sunny’s another film’ Mohalla Assi ‘  await for the release of  the “Singh Saab the Great” will release . Director chandraprakash Dwivedi being told that  of the film due to the dispute between sunny and long despite the release could not be prepared.

But sources believed the dispute is over a couple of sunny days dubbing remain. film sunny co-actor Sakshi Tanwar. other than this animation film sunny name, which will be released on December 25, the movie “pen video company. Mahabharata as Sunny Deol’s character in bheem and voice too sunny in.  Ghayal Returns next year to begin shooting the wounded news There are also headlines the way sunny does not speak at the moment about it..

Previous More than 10 million sold in the first 24 hours PlayStation 4: Sony
Next Jobs in the Ministry of finance and Defense