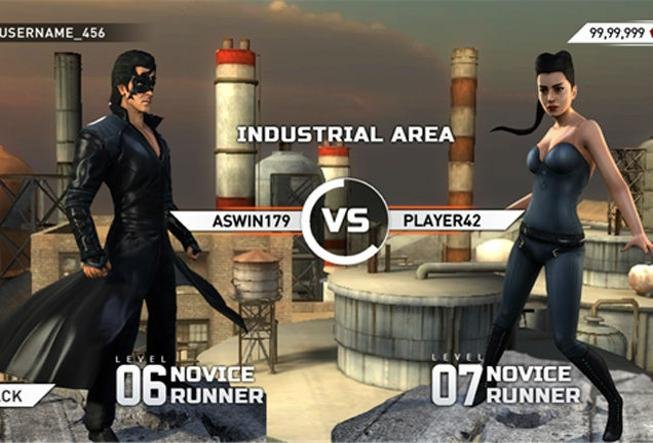 Microsoft said that this game was developed jointly by Hungama Digital Media Entertainment and Gemshastr . The company said , ” Krrish 3 , the action in the game , many Karctors , using numerous weapons and has excellent graphics . ”

Windows Store for Windows smartphone from the game can be downloaded immediately , for use on the tablet and the computer will be complete by the end of this week .

Mumbai is the background used in the game . There are 6 levels , and 3, in which 3 new areas in the old city of Mumbai .

Four character  film – Krish , Kall , Kaya and Frogman – any of the games can be played .

On this occasion, Hrithik Roshan said, ” the most ambitious project to date is our Krrish 3 . I want to get all the best Krish experience . ”

Microsoft to release the game on the spot, general manager of the Windows Business Group Ambareesh Goyal said , ” In the next few months, and that certain things will happen to the Windows user . “