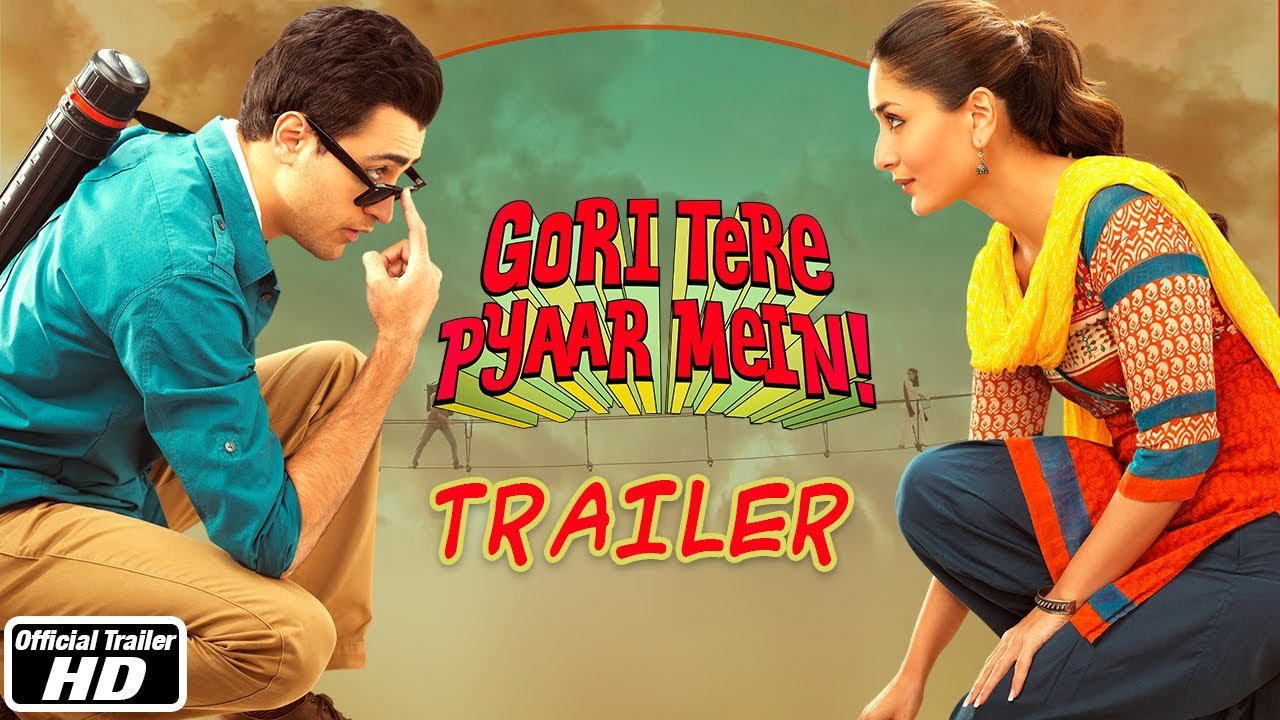 Nearly three years ago with Karan Johar and Imran Khan ‘ I Hate Love Story ‘ director Punit Malhotra has made this script written by Karan Johar in 2011 was OK . Last year Karan , Imran and Punit Punit Karan at the time the script was ok, my favorite actress in the film, Kareena Kapoor and Kareena have been signed suggested . The sequel to last year acknowledged romance faith became part of this film . The cool Delhi Punjabi girl Kareena ‘s character seems to fit perfectly . Somewhere story written by Puneet and Arshad multiplexed and test of youngsters does not fit perfectly , but must appreciate that he sanctified with his directorial story and characters justice completely .

Story : Ram ( Imran Khan ) is a family in Bangalore . Ram ‘s father is the city’s premier builder . Like his elder brother Ram Shriram father wanted his family to join the business . On the other hand Ram is its own world . Late night parties to be lively , fun with girlfriends and nature has become his father ‘s money to Ash . Dia of rich Punjabi family in Delhi ( Kareena Kapoor ) wants to change the world . Separated from his family in Delhi lamp is attached to an NGO in Bangalore . Ram and Dia meet each other one day . Both of these thoughts and way of course different – different. After a few meetings both – you begin to understand each other and to the family of Ram Diya in Delhi comes to talking about your marriage . Then something happens that these two pathways individually are . With the love story of Rama in a film with a lamp vasudha (Shraddha Kapoor) and Rama’s marriage has been an important part of the story plot . Further lowering of the head of the ruling family vasudha  kamal love a Sikh man , but the family did not dare to express your love . Kamal , Vasudha and Sri film ‘s three main characters .

Acting: Diya, Sharma, Kareena ‘s character was perhaps written . From Dia resembling character has Kareena in Prakash Jha’s Satyagraha . Kareena is prepared according to the character himself . Shraddha Kapoor ‘s character vasudha who did so before anything is done in romance . Imran Khan, who once appeared in the same manner as before, the films have been . Yes , the best chemistry with Kareena was an interval that before .

Direction: Puneet has completely gone with the script. That is why Ramming interval before and after the story seems a stalemate stalemate. Kareena and Imran will pair off criterion of youngsters, there are doubts. Yes, the sacred story are pretty successful in establishing an audience.

Music: Vishal – Shekhar’s music fit the story and atmosphere. Song blonde filmed on track with your love and ऐsha item numbers these days has been included in many music charts.

See why: Simple Love Story which has the effect of tying. Marriage and Love Will would do anything for South Indian Style Love is the USP of this story.