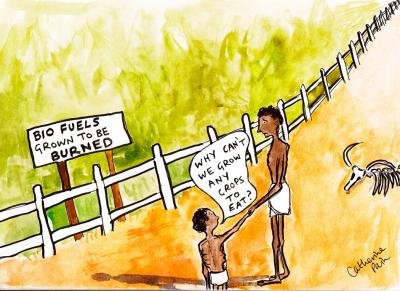 In the case of starvation backward India from Pakistan and Bangladesh : report

Prides itself as an emerging economic power that is embarrassing news for India . All the people who are starving in the world , a quarter of them are just India . Starvation in countries such as Pakistan and Bangladesh, our situation is worse than ever . Hunger Index , which measures the Global Hunger Index (GHI) in the 2011-2013 report , India is ranked 63 in this case . Whereas , Sri Lanka, 43 th , 57 th Pakistan , Bangladesh is at number 58 . China is number six on the list may know .

India Index ” category Alarming ‘ is placed . Let me tell you that this list bearing the terrible poverty Ethiopia , Sudan , Congo , Niger , Chad and other African countries. Astonishing is the fact that 40 percent of children under 5 years in the country still are malnourished .

According to a report released on Monday GHI , in 2011-13 the total number of people suffering from hunger in the world, 84 million to 20 million . Ie 21 million people , or about a quarter of these people are in the country . According to the report , India was better off than before , but even worse than many neighboring countries . Even if the developed countries of Pakistan and Bangladesh have more hunger in our country .

Down 21 % compared to the percentage of malnourished children in India is 17.5 % . Down from 43.5 % the percentage of children living Andervet is 40 % . Consequently, the mortality rate of children under 5 years of age has grown from 7.5% down to 6 % . Kula put together last year, India was ranked 67th and the comparative point of view, the situation is better now .

The report, International Food Policy Research Institute (IFPRI) and two NGOs Wealth Life and Concern Worldwide Hunger is drawn together . The report of the study on 120 developing countries .