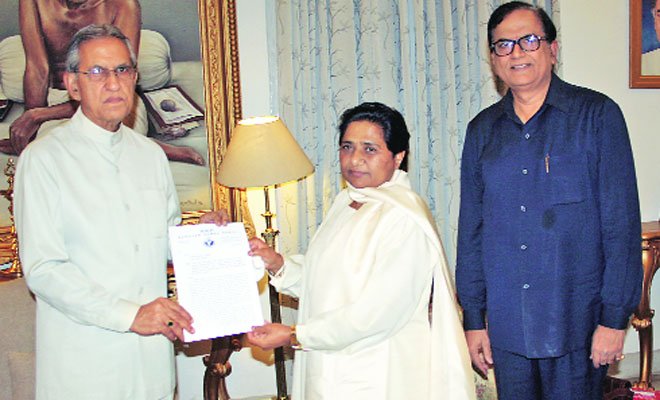 B. L. Joshi resigns as Governor of Uttar Pradesh

The governor of Uttar Pradesh B. L. Joshi resigned from his designation between the speculations of changing the governors of six states.

There is the news that B.L. Joshi has sent the file of his resignation to the Home Ministry.

It is told that the reason behind the resignation of the governor is the planning of Modi. According to the sources, Modi wants to change the governors of the six states in which UP is  one of them.

Before it happened, the Governor forwarded his resignation Rajnath Singh.

And the news is that after the resignation of B. L. Joshi, so many senior leaders are trying to  get this designation.

The two senior leaders Lalji Tandon and Murali Manohar Joshi can be made the governor of Madhya Pradesh and Maharashtra respectively. No minister of Uttar Pradesh can be selected as the Governor of UP. And thus, it is possible that BJP government will make any third face, the governor of UP.