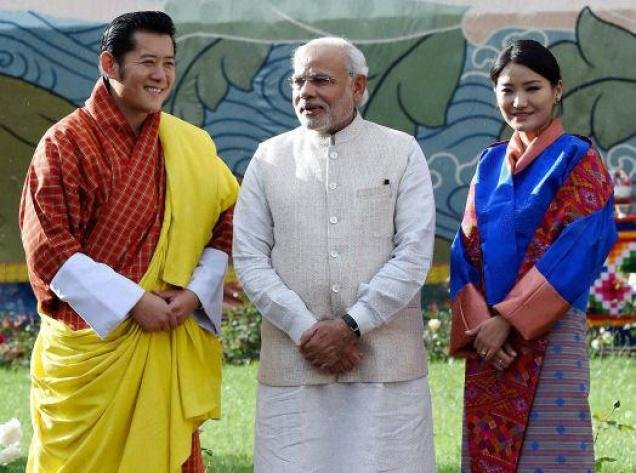 There were lots of discussions on the mistakes made by Narendra Modi. Modi had integrated the historical facts in this way that the opposition leaders as well as the media scoffed him.

The jokes also made on the mistakes of Modi. And after becoming the Prime Minister, Modi is making these types of mistakes again and again.

He addressed the joint session of the Parliament of Bhutan on Monday and again made the mistakes. And the result was that the social media again made the joke and this is spread at the sites like twitter and Facebook.

Modi said ‘Nepal’ in place of Bhutan in his speech. He said, “ I started my speech with the Nepal….. Bhutan’s  Royal family dynasty with respect”.

Later, he said Ladakh in place of Bhutan in his speech. His both mistakes spread in the social media soon.

Modi in his speech said that if India develop, the neighbors like Bhutan will also get benefit.

Previous The booking of IRCTC tickets will be 3 times faster
Next B. L. Joshi resigns as Governor of Uttar Pradesh