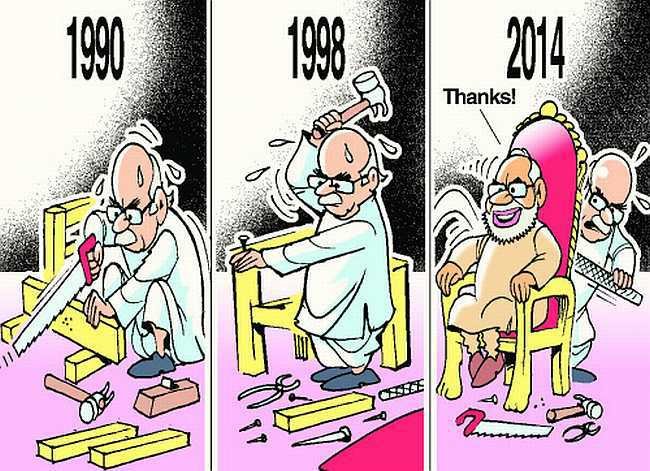 Know more about the film that is on Modi

The hero was itself in the election
Narendra Modi is going to be the country’s Prime Minister and the shooting of the movie that is over his life is terminated for the time being. Now there are some important changes in its script.
According to the sources, now this film will show the whole journey of Narendra Madi of becoming PM from the CM. Paresh Rawal is in the role of Narendra Modi in the Rupesh Patels’ film. The film has been started at the beginning of this year and Modi himself gave green signal to the Modi.
It had to stop for a short time, because Paresh Rawal who is playing the lead role was busy in the election. He was standing from the East Ahmedabad from the side of BJP. He won the election. But the director’s intention is now to make some changes in the film.
Paresh Rawal and Modi are old friends and in Gujarat Assembly Polls 2012, Rawal advertised for the Modi.
According to the Director Rupesh Patel, “Now the political landscape has changes, we decided to bit postpone the shooting. There is need to make changes in the script because of the current conditions.