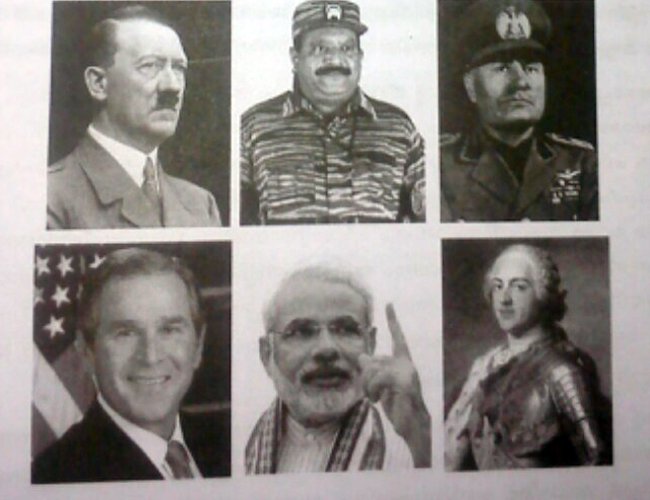 A controversy arises because of printing Prime Minister Modi’s picture with the negative people like Adolf Hitler and Osama Bin Laden in a magazine of Polytechnic college of Kerala.

The police file the case against the principal of Government Polytechnic, M.N.Krishnan Kutty of Kujhoor, the four students, staff editor Gopi and the owner of the printing press.

Year 2013-14 campus magazine was released on June 4. It’s a page titled ‘ negative faces ‘, in which there is a MODI’s picture.

There are the pictures of Sandalwood Smuggler Veerappan, LTTE chief V. Prabhakaran, Adolf Hitler, Bin Laden and George Bush. Police said that the case filed in the complaint of a social worker Subhash.

The team of campus editors has released this magazine. There is the effect of the Left on the Union of the students. Although the Polytechnic Administration indicated that the magazine will be withdrawn.

The Local BJP workers are very angry because of this and protest again this.