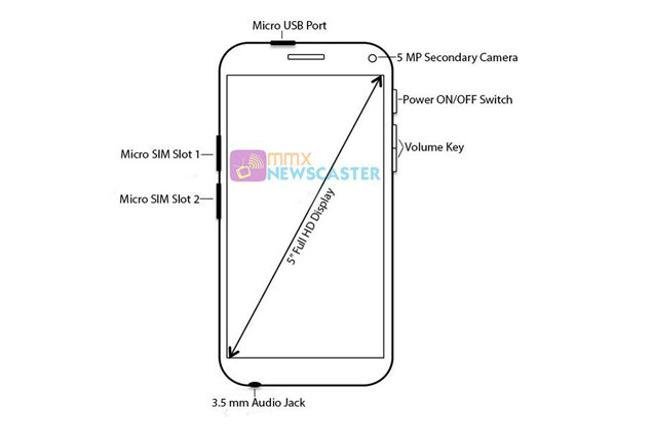 Micromax Canvas turbo will be the first full HD smartphone!

5 is a sketch Megapixels front camera . It has two SIM slots are shown at the left edge of the phone . Power and volume buttons are on the right .

@ mmxnewscaster had tweeted yet another picture , which showed 13 Megapixels the smartphone ‘s main camera .

The report is expected that there may be only 1 GB of RAM . 32 GB to 64 GB memory cards with internal Storej Option may apply .

3 days ago, Hollywood superstar Hugh Jakmen Micromax made ​​its brand ambassador . The company has a 11 -second video was released , the first turbo canvases , Coming Soon ‘ is written . Hue Jakmen the hands of a phone is shown floating in the air . In the video Hue Jakmen ” Anything Like It’s Nothin ‘ says that Micromax is the Punchline .