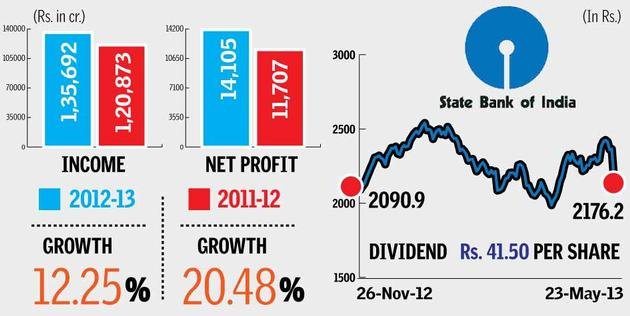 Finance in the second quarter of the country’s largest bank, State Bank of India ( SBI ) in profits fell 33 per cent to Rs 3072.77 crore in the corresponding period of last fiscal year was in the back of the net profit of Rs 4575.31 .

Bank profits fall so heavily involved in the provision of credit has to go . The bank’s earnings and the increase in the annual 53118.63 crore compared to Rs 49917.47 crore reached

Tata Steel profit of 917 million
Tata Steel consolidated net profit of 916.77 crore in the previous quarter. In the same quarter last fiscal, the company had a net loss of Rs 363.93 crore. The total income of Rs 36644.89 crore in the quarter under review occurred in the same period last year was Rs 34132.73 crore.