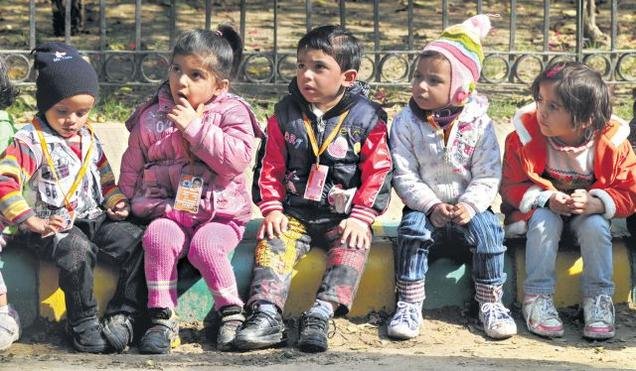 SC to hear the nursery admission case on 28 April

In the case of nursery admission Supreme Court has agreed to hear the case on April 28.Chief Justice P Satshivm accepted the request to put the case for hearing on April 28. Nursery admissions process is currently being stopped because of the apex court order procedure.
On account of the parents awating for the nursery admission of their children, the lawyer requested for the expedited hearing to the Chief Justice on Monday.The parent says that the name of their children has come in the draw but the admission process remained stalled due to court orders. Even the High Court is not hearing the case. High Court says that it should be clear from the side of Supreme Court that it can hear the case then only High Court will hear the case. So Supreme Court need to expedite the hearing and solve the issue.
Last April 11, the Supreme Court bench headed by Justice HL Dutt, put a stay on the order of the Delhi High Court, which has stalled the Delhi nursery admission process. The High Court had said last April that except the children those who come from other states, all the other children should be admitted to the class. In order to get their children admitted to the school the parents who come in the category of transfer case have challenged this order in the Supreme Court. In regard of the plea of these parents the Supreme Court put a stay on admission process of nursery class.