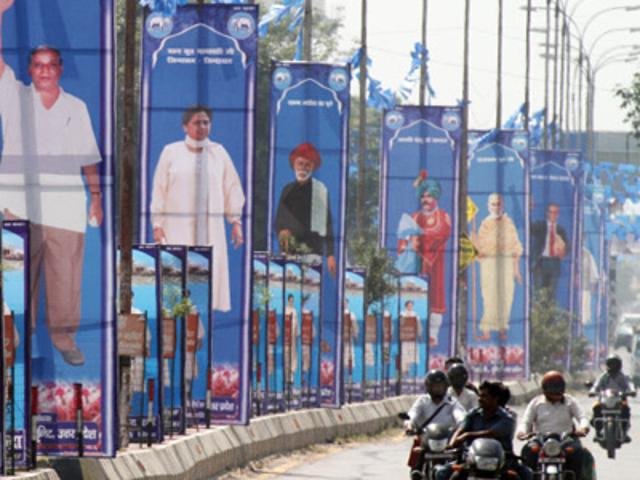 BSP supremo Sister Mayawati claimed her “sarvjan hitay” formula hit and fit for the distribution of party tickets. She once again showed the fear of Modi to Muslims. She said that if Modi will come as Prime Minister there would be riots in the country.
Muslims please prevent him from becoming Prime Minister. If Muslim vote splits then, the BJP will come to the power.

She consider Congress Party guilty for high inflation, unemployment and corruption in the country, due to the wrong policies. In the election rally in Barabanki and Sitapur she says that she wrote a letter to the central government to include 17 backward class in the reservation schedule, but there is no response for that letter from central government till now.

The group of people present there she tried to bond herself to them and said that Muslims have been given tickets in the areas where more Muslims resides. 19 candidates of Minority community and 21 candidates of Brahmin society have been given ticket. Dalit candidate are in the contest for the reserved seats. The opposition is very much irritated by our policy of mass wellness.
With the help of big capitalists Congress and BJP are trying to grab the power at the Center whereas SP rule in Uttar Pradesh has increased crime.