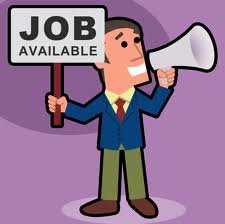 Infosys will of enrichment and promotion this time around!

Infosys this time its employees the salary increase over 10 parent. According to people aware of this case, by the company’s Chairman n.r enthusiasm of a million ‘ N. R. Narayan Murthy want to maintain 50 thousand employees. company’s growth to hold the speed indications, but in recent months many of Bangalore’s departure of senior executives the company. the company retain its employees of spirits In good salaries for the required value.

A senior industry executive has told on condition of not being named, of course, Infosys has decided to not only increase in salary, but also on the promotion employees. employees to encourage the increase of 8-12 per cent in salary. Infosys usually increase in salary in June announced. “the company’s spokesman, however, refused to say anything.

Last year, the Chairman of Infosys, Murthy executive after your return average in 8 per cent of salary increment linked to the Indian it sector was hiring the company Managing Director and CEO of Capitol solutions Aikya Hyuman Ajit Isaac said, “I think Idol this time salary increment announced much. actually, salary hike and many other factors retain employees in the company will be extremely important.

The speed of leaving a job and more:
Analysts say the decision to increase the salary in welcome step, but it may have an impact on the company’s margin a foreign brokerage firm analyst on condition of not being named, of course, increase the margin of the employees ‘ spirits over declining concern. ”

Jobs in Infosys in the September quarter dropout of 17.3%. this terms of tier-1 IT companies it is clear that most of 108 billion dollar outsourcing industry Infosys as well as rising demand in companies competing for the employee to provide a rallying point.

Tata Consultancy services has past April salary increase 5-10 per cent in the second quarter and the end of figure of 10.9 per cent of those leaving jobs. Wipro said in June last year that the employees of salary increment of 6-8 per cent in.