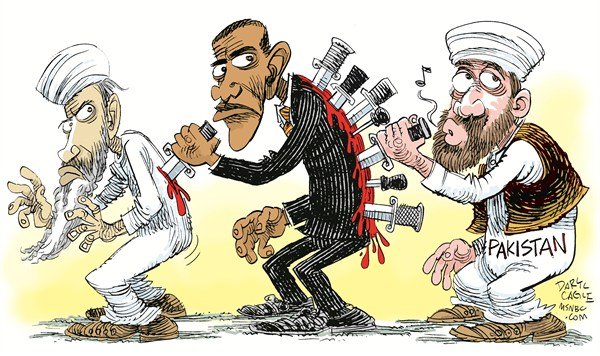 Do not expect too much from Modi-Sharif meeting – Pak Media

The two newspapers of Pakistan praised the decision of Nawaz Shariff of coming India because of the invitation in swearing-in-ceremony of would be Prime minister Narendra Modi. But also said that there should be not too much expectations from Modi-Sharif meeting.
‘The Nation’ said in its editorial that ‘many good things can also come in front, contrary to the popular belief’. It says that both of the ministers will meet after a day and after that will get where new Government of India is standing. Modi’s style and his language will give deep indication for us.
The newspaper said that Sharif’s intention to improve the relation with India is now not hidden from anyone, even though his intentions will not be shown in the half an hour meeting. This is the reason that it took some time in taking the positive decision of going in the swearing-in-ceremony-of the new Government.
According to the ‘News International’, it is hard to improve the relationship after getting heavy votes in the elections by Modi.

Previous The three reasons why Shahrukh Khan is in the controversy
Next 50,000 Jobs are waiting for you