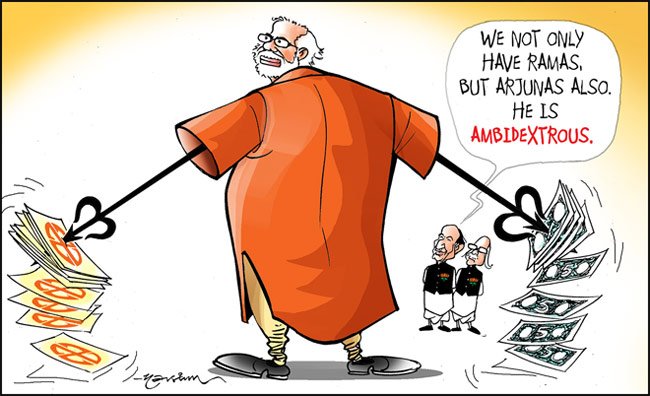 Know, What is Modi’s revolutionary Agenda

Prime Minister Narendra Modi appealed the experts to provide feedback on the development and better policies to make the country growth better. The lokarpan of a book ‘Getting India Back on Track: An action agenda for reforms’ by the Prime Minister at his official residence 7 RCR that is edited by Vivek Oberoi and few other experts.

In the meantime, he said to give speed to the growth of the country and to make better policy. He said that a good policy is created only with the help of experts and intellectual people. He also said to fulfill the need of energy and also to increase the production of solar energy. He pointed out that if we want to bring more jobs, we will rehabilitate 100 new cities.

The Prime Minister during his discussion said by referring the tricolor flag and said that there is need to make the revolutionary agenda for the futuristic development. He said that we have to bring the second Green Revolution like the green color of the flag.

For that we will have better technology for increased yield. He said that there is the need to bring White revolution by referring the white color in the flag. There is need to think how to increase the milk production under this revolution.

The Prime Minister related the Saffron color with the energy. He said that the energy is must for the better development.