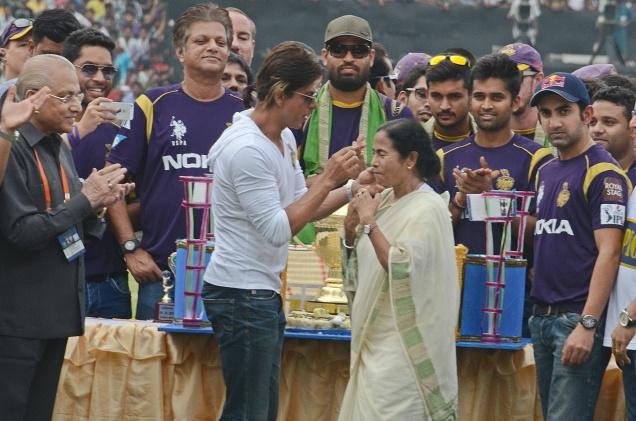 It was the time for the Kolkata Knight Riders to celebrate the win of the IPL. On Tuesday morning, Union Minister Gopinath Munde died in a car accident and despite this, the event kept on the honor of the win in IPL was not postponed.

After the death of Union Minister Gopinath Munde in a road accident, that day was declared as the day of national mourning.

The entire country was stabbed on the sudden death of this minister, but there were celebration in the Kolkata. The stadium was full, the chief minister of West Bengal Mamta Banerjee was present there. There was celebration in the Eden garden to honor the team of IPL 7 winners, Kolkata Knight riders. Shahrukh Khan looked overwhelmed on that occasion. Approx one Lakh people were present there to enjoy.

Previous Pankaja Munde, daughter of Gopinath Munde performed the last rites
Next First Use Helmet, then only you get petrol