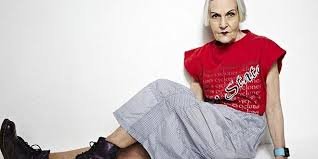 This is the world’s most glamorous grandmother, wears Maikromini

Usually, younger, glamorous is understood only young girls but you only can see is wrong because we are the world’s most glamorous grandmother milvane. According to the daily mail news, 75-year-old wears these Granny wears and micro-mini, manchester, and she wears that dress on models ramp moving. Channel 4 film phaibyulas phashnista has worked to bring to the fore six such elderly Today, due to its look in the female gene Woods name. his hair styled

in very trendy cut. in addition to the five genes and the elderly are also part of this film.