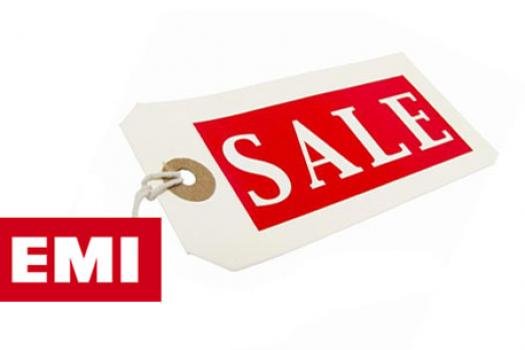 The Reserve Bank made ​​loans expensive, EMI will increase

Cheap loans in the road just before the festive season Inflation has once again become a wall .

To overcome this, the Reserve Bank of India ( RBI) governor, as Raghuram Rajan debt in its first review of the monetary policy rate ( repo rate ) per cent and 7.50 per cent increase in the quarter .

The hike from the car to the dream house will be expensive .

Raghuram Rajan banks have announced steps to increase the availability of cash so that they can easily give loans . But Rajan is clear that all measures to control inflation is their priority .

Rajan believes that inflation is a deep bond and repo rate , the repo rate, inflation will go up .

Depressed stock market
For growth than raising interest rates to control inflation, the industry is surprised .

The Reserve Bank Marginal Standing Facility ( MSF ) rate to 0.75 per cent and 9.5 per cent the bank rate has been reduced to 9.5 per cent .

Furthermore, the Reserve Bank to maintain CRR of banks per cent to 99 per cent , 95 per cent also have the obligation .

RBI ‘s move to raise bank interest rates from the apartment and the car will be a bit of a dream . The people running the EMI , the installment amount will increase . For instance, a 20-year term loan of Rs 20 lakhs home hair over 337 rupees to pay monthly . Similarly, the car will also increase the EMI .

The Fed ‘s decision not need to be happy
We are very happy about the decision of the U.S. Fed Reserve does not need to be . Indian economy will also be prepared for the fact that the Fed Reserve stimulus package , then reduce the adverse impact on our economy . We are a “bullet -proof balance sheet” to be created. The growth agenda would increase the confidence of the citizens of the country .

Steps to strong rupee
Our major emphasis is on increasing confidence again over Rs . The Indian currency strengthened against the currencies of other countries as possible. He could come at the appropriate level . Apart from international agencies to include India , will also speak at the Global Bond Index .

Global rating agency Fitch 2013-14 financial year estimates of the country’s economic growth rate has been reduced by 4.8 per cent . Earlier in June, she Gross Domestic Product ( GDP) was projected to remain at 5.7 per cent . Fitch domestic demand slowdown in the economy, citing its Global Economic Outlook estimates it has cut its GDP .

Expensive debt will hit in the coming days . With deposit rates by raising the repo rate – the rate will rise with debt . – Pratip Chaudhuri , chairman , State Bank of India

Monetary policy is the main point: –
– Repo rate of 7.50 per cent to 0.25 per cent .
– 0.75 per cent and 9.5 per cent marginal Standig facility .
– Cash reserve ratio ( CRR ) reverted to 4 per cent .
– CRR daily liquidity limit reduced from 99 percent to 95 percent .
– Given the inflation rate is expected to reduce further easing of policy rates .
– Economic growth is expected to be better in the second half .