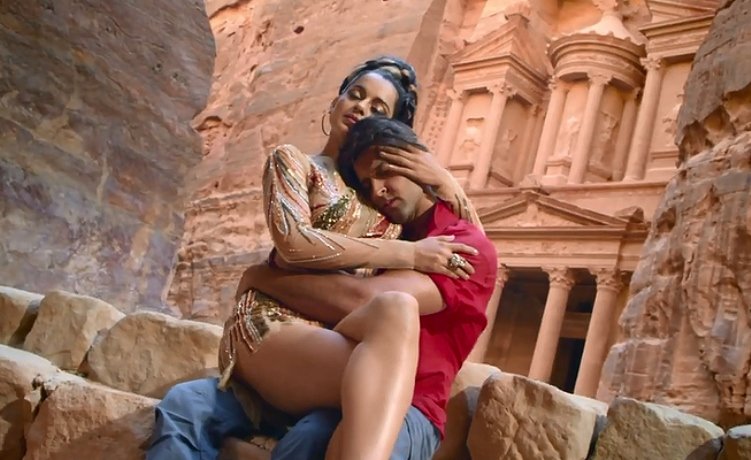 But it seems more beautiful song, hidden behind her much pain. The romantic track has been shot in Jordan. Some of the crew to shoot the song was rendered difficult.

Crew would take hours to reach locations and at times had to sand storm.

Tech during the shooting near the Dead Sea before everyone had to sprinkle them on themselves because there thousands Repellent Insect pests – were moths that were causing problems.

These insects – pests due to the Hrithik have to jog on the set and have it cleaned up his sandwich.

Not only the people on the set could not eat my food because these insects have not given him to do so. Say, after the hard work to get the sweet fruit.

The film is slated for release on November 4.