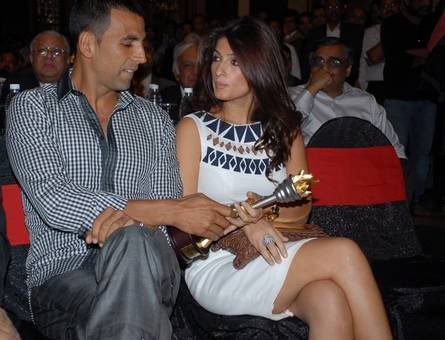 Akshay said in an interview , it’s not a big star names attached to the film , he will be hit . Only good films do well . The story of the film and the subject matter moving film is so great . Many say that the stars of the movies at the box office . Now was the time when the stars every time the movies were box office successes tended to . Anthony D’Souza Akshay ‘s ‘ Boss’ will appear . The film Malayalam film ‘ Pokkiri Raja ‘ is a remake .

Akshay said, when I saw the film, I liked it very much In the film, entertainment , humor and kill – Action sequence of the 12 ‘s . It is the story of two brothers and a father . That’s why I did this movie . My relationship with my father was very good so I ‘Time ‘, a ‘ relationship ‘ , ‘ animal ‘ as made ​​films . In this context, it is my fourth film . Relationship with his son Aarav Akshay said , we have very good relationship . I love all her movies . A son of his father likes the movies . For her father is Superman . He likes action movies . Akshay said that the “boss” and stunts in the action sequence is extremely difficult .

Previous Arun Kumar was removed from the post of ADG Law and Order
Next Government jobs for women, will enroll over 1 million posts