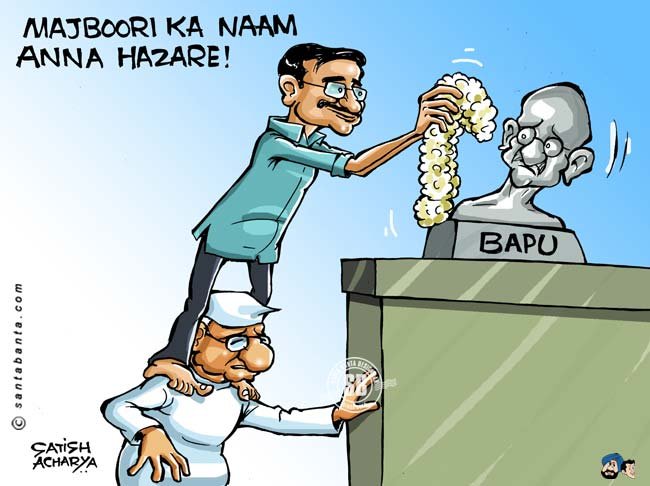 Aam aadmi party leader Arvind Kejriwal have 2 crore 10 lakh , 1 crore 92 lakh of which the property is real estate . There’s no car him or his wife .  Kejriwal nomination from the seat Delhi Chief Minister Sheila Dikshit on Saturday .

On the liability of Rs 41 lakh and Rs 23550 outstanding electricity bills . Kejriwal also charged under Sections 499/500 , 147 , 148 , 149 , 151 , 152 cases are under . Total of 9 cases. Arvind Kejriwal said the last day so I filled my nomination because I was waiting for nomination of Chief Minister Sheila Dikshit . I wanted him to fight against his nomination since I ‘ve nomination .

AAP has announced 67 candidates list for Delhi election 2013
His father Gobind Ram Kejriwal arrived for the nomination expressed confidence that the people of Delhi will vote for change . The Political Party Kejriwal make the right decision stating that the sludge has to clean it off . He Strog of Arvind ‘s Will Power .

He did not cheat Anna. Arvind Kejriwal’s mother Geeta Kejriwal said the party will get at least 47 seats. She said that people are fed up with inflation and corruption, and this time the common man vote  for the common man

Previous Movie Review: Rajjo
Next Cricket is like a oxygen to me: Sachin Tendulkar