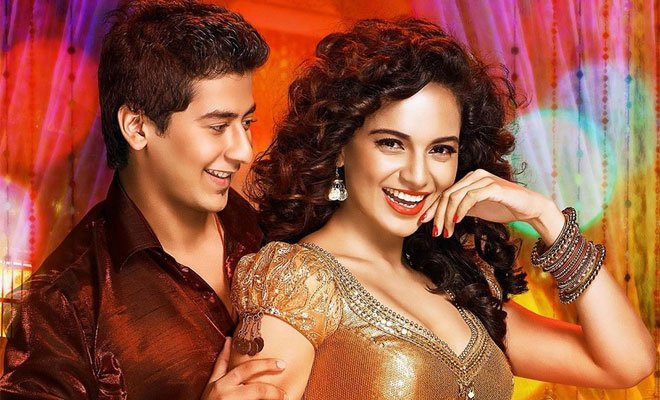 Nearly two weeks ago, Kangna krrish 3  Kaya character with some fixed on the screen that the audience best film Super Hero  krrish and Kaya do some similar kangna appeared on screen this Friday also failed to elicit Rajjo. This film besides Kangna, Mahesh Manjrekar Prakash Raaj, and  other actors’s , Jaya provides stars, but the movie’s lead role of Kangna was some Rajjo displayed that you missed out of the Hall.

The script’s flaws as well as the film’s finest acting of kangna biggest USP. last few long considered fast in the country in an age of the silver screen multiplex on resignation from PT brake dance dance in every second movie will come but if mujre spoke, offbeat film making or want to show something new in Film nagari’s maker, the finest dance style is now almost forgotten.

Leaving the box office collections of such round infatuation Director believed Patil and film production company risk, but because of the weak script and a couple hours of editing he sava myuzikal film audience not the class is also the test of khari which made this film is arguably the film’s greatest weakness.

Acting: starting at the end of character in rajjo kangna film Earth. If talk of the dance of kangna or mujre arguably kangna hard fair. kangna’s girls were put in the film’s biggest USP ‘s. paras Arora in the role of Chandu bar complimenting the fit, but appeared even when in front of some philosopher’s kangna buried-buried in other roles.Queen’s role in Mahesh manjrekar, plenty of secrets to light once again frozen. your old style articulation. Jaya the movie to Dilip tahil provides and of was something special.

Direction: lack of confidence in the direction of clean confident Patil. his work on film sets and dance is evident, but the story’s painfully slow and eighty-nineties films to youngsters in that environment does away with rajjo.

Music: Uttam Singh fit on the music and atmosphere of the story patterns. how milun julmi julmi Ray “and” I liked those music lovers who I failed to meet the test of keeping the land own the breakdowns and party all night would like to hear something new between such songs.

Why watch: after the girls were put on its finest silver screen and kangna acting in this film is worth seeing great. soIf totli is so fond of spice and action films with rajjo ‘ upset.