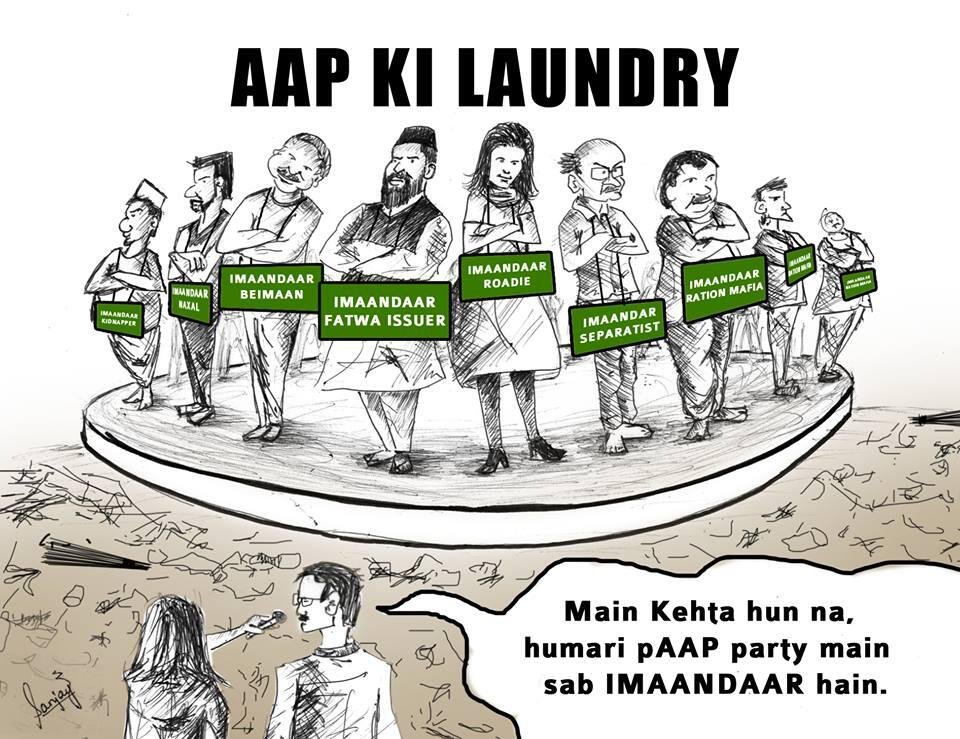 In the remaining 4 cases, the police are yet to frame charges against Kejriwal. Most of these issues rioting, unlawful assembly, preventing them from their obligation to Loksevk, Loksevk Refusing, in that order.

Aam Aadmi Party leaders Shazia, kumar vishwas  and including the 9 other Caught in Sting operation