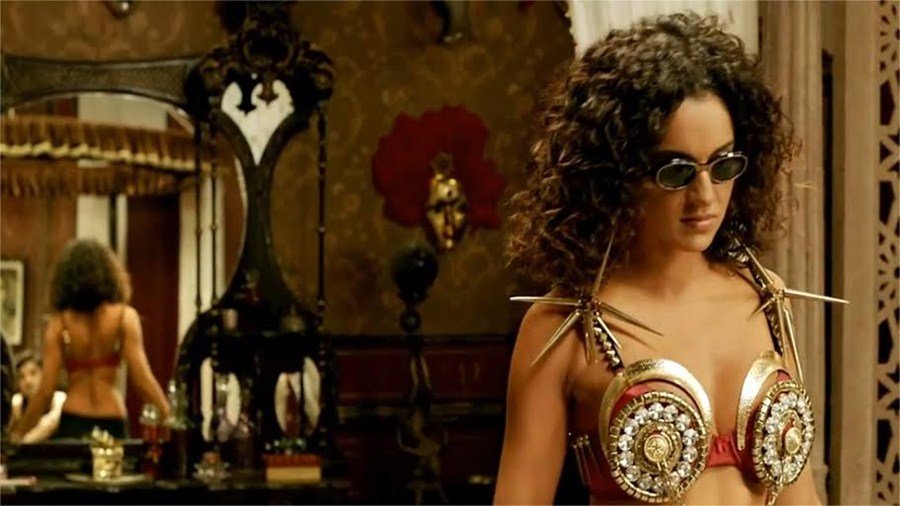 No one will marry me after seeing my role in Revolver Rani’, Kangna Rnaut

After elicit praise from her former film ‘Queen’ for the acting, Kangana Rnaut can be seen acting in the new film ‘Revolver Rani in new type of role. Her character in the film is very different from Queen. She says that after seeing this movie no one want to marry her.

Actualy , her character in the film is aggressive and frenzied. So no one will marry her. The actress says that, my sister gave me advise not to work in “Revolver Rani”, but I did not listen to him. Kangana said, ‘When I went to listen to the script of the movie my sister was with me. She advised me not to do this film because my character is crazy and aggressive in this film. She said that it would not be easy to play this type of character on the screen, but I accepted it as a challenge. ”

27-year-old Kangna think that no body wish to marry her after watching this movie. In a film’s trailer she expressed a desire to marry near the Taj Mahal. Kangana said that award do not matter much for me. She do not want to get involved in the affair of the awards. She just wants to work.

Previous No Modi’s wave in the country: Murli Manohar Joshi
Next The hijackers took the Malaysian plane to Kandahar! claims Russia