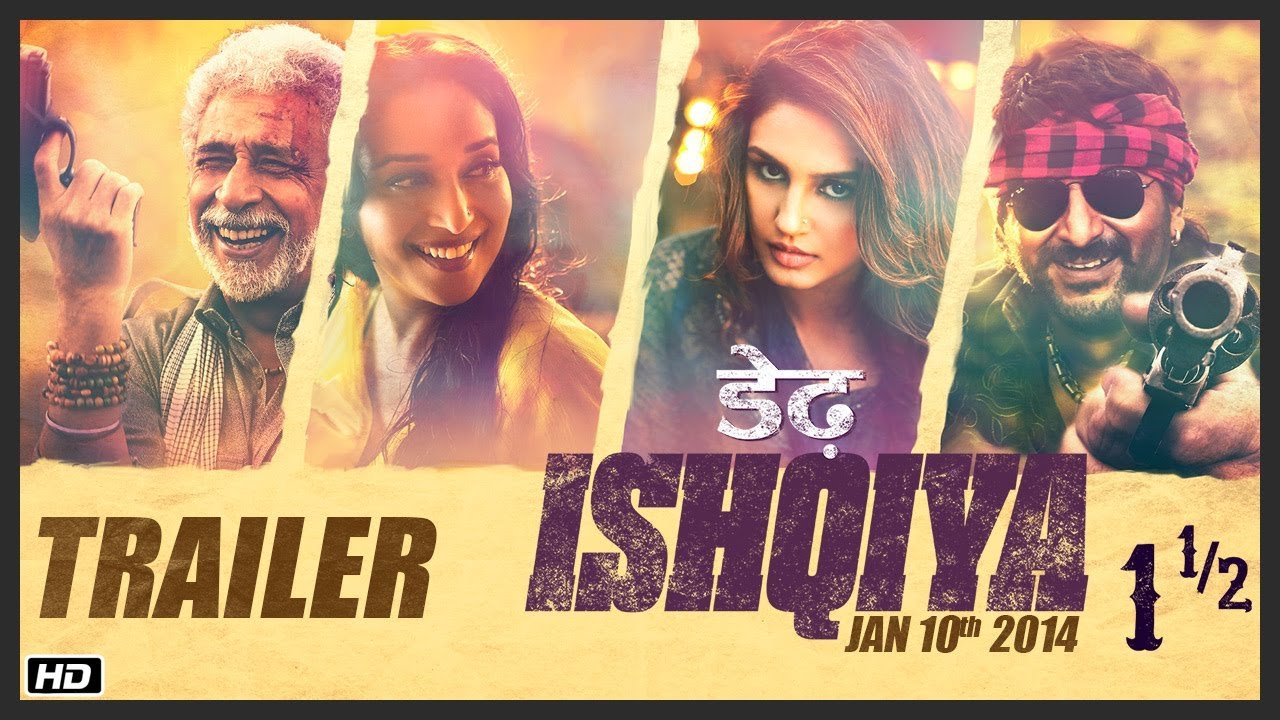 Acclaimed film ‘Dedh Ishquia’ its first trailer has been released. This trailer is teaching how to love.

Madhuri has replaced Vidya Balan this time. Another new actress Huma Qureshi found a place in the film.

Crime in the film, there will be a cocktail of sex and politics. Madhuri  and  Naseeruddin Shah the most part are met.

Nasir audience and identity are teaching how to love.

Previous No objection on Saif’s Intimate scenes: Kareena
Next No alliance in Lok Sabha election 2014: Mayawati