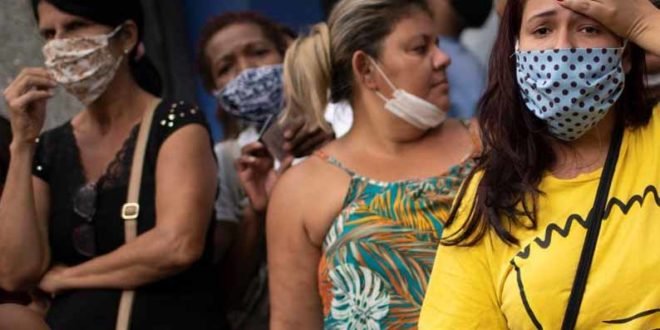 Brazil has now surpassed Britain in deaths due to coronavirus. According to Johns Terminkins University’s Birdboard, Brazil is now second in the world in terms of deaths.

According to the Brazilian Ministry of Health, in the last twenty-four hours, around 909 people have died here from Kovid-19, after which the total number of deaths in the country has reached 41,828. At the same time, 41,566 people have lost their lives in the UK from Corona.

In the last 24 hours, 25,982 new cases of corona have been reported in the country, after which the total number of infected people has reached 828,810.

Brazilian President Jair Bolsonaro has faced criticism for not taking the Corona virus epidemic seriously. They have called Corona a minor flu.

Relief is being provided in the lockdown imposed in densely populated São Paulo and Rio de Janeiro to prevent the corona from spreading. Many Brazilians believe that the worst phase of the transition has not yet come in the country.