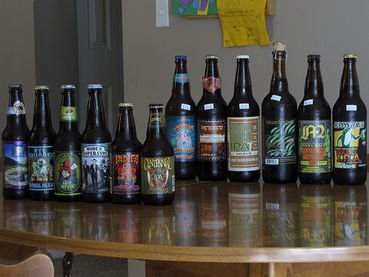 To publish the pictures of Hindu gods on the labels on bottles of beer, Australia ‘s wine company came under attack from Hindu organizations.

According to Sydney Morning Herald; on Tuesday comapny- Brukvle Union Brewery apologized to the international Hindu leaders. Copany told that Ganesh and Lakshmi’s pictures from all bottles have sought immediate removal.

Nusauth Indian Australian Association of Wales president Yadu Singh said that these labels are offensive and degrading to the world’s third largest religion. However, the company defended its move, saying that his intention was not wrong.

Before the US-based World Hindu Society president Rajan Deb immediately remove all pictures from the beer bottles had demanded an apology as well . Before printing in 2011 with a picture of Lakshmi, the goddess on a swimsuit also has caused controversy in Australia .