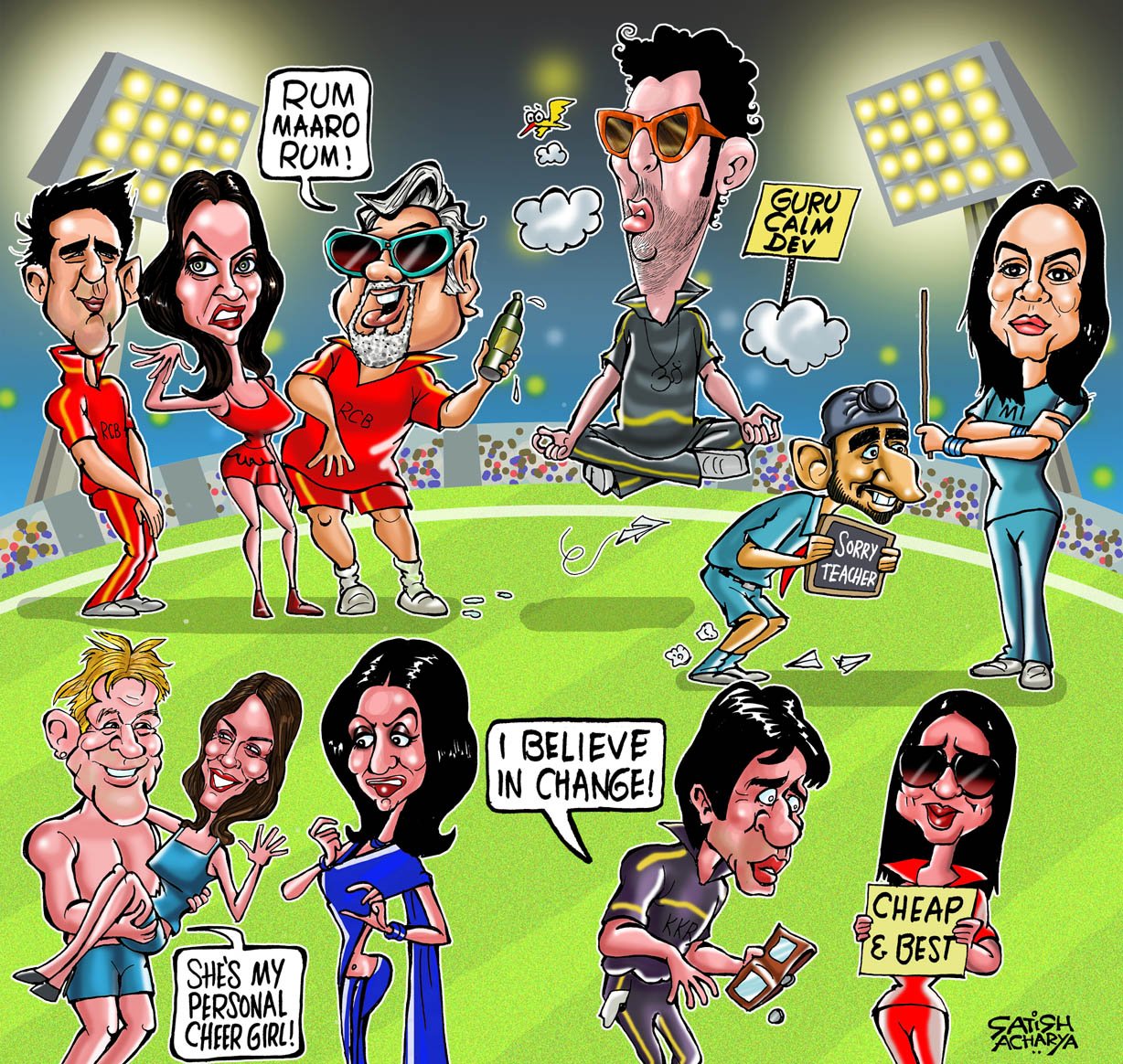 Starting from April 16 IPL Season 7, all teams are in hope to win the trophy. But only that team will win whose strategy will be most effective against the anti team. This time some teams will step in the field with the same captain of the last season and some teams with their new captains. Captains will have the full responsibility for the team to play at its best and only that team will win whose captain will be able to make most of his team. Let us know who is the captain of which team and what are the expectations with them.

The success of CSK captain Mahendra Singh Dhoni in the IPL is not hidden from anyone. Dhoni’s team won the title for two consecutive year (2010, 2011) in his captaincy and was runner up in 2008, 2012 and 2013. So this time also the team Chennai Super Kings is optimistic with the captain Dhoni.

Kevin Pietersen has been given the responsibility of captain of the team for the first time. Previously this team was in the hands of veteran batsman Virender Sehwag but so far this team has failed to do anything special in the IPL. However Pietersen has been a very good batsman but it will be a matter of concern that as a captain how far he will be able to make his team win.

Kings XI Punjab is in the hands of Australian player George Bailey this time. He is a superb batsman, and a good captain too. But So far in the IPL this team is unable to win the title for even once. Well this time in Punjab team, led by Bailey, fantastic players are there who are desperate to do well.

Kolkata Knight Riders captain Gautam Gambhir led his team to win the IPL in 2012. However the performance of the team was nothing special last year. Despite the command of the team is still in the hands of Gautam Gambir. As a batsman Gambir is nice but as a captian he has to prove himself in this IPL.

In the captaincy of Rohit Sharma, Mumbai Indians is the current IPL champion. This team has a superb player like Cori Anderson and Rohit is also in a very good form so team will try its best to save its IPL title and Rohit Sharma will be under pressure to make his team win once again. This will be interesting to watch that how Rohit manage to won the title again or any other team will won the title.

Season one winner of IPL, Rajasthan Royals, all-rounder Shane Watson has the command of the team. The team in last season was much in discussions of fixing and team performance was questioned. The Watson has the responsibility to make his team a champion.

The team has many good players, but the team has not won IPL title even once. Yes, this team was runner in 2009 and 2011. Management once again give the hold of this team to Virat Kohli. Kohli led the team last year with the rank 5. The champion player Kohli will be in the enormous pressure to make his team champion.

Previous Know the daily diet plan of your favourite stars
Next Landmark decision of Supreme Court, transgender has a third gender status now