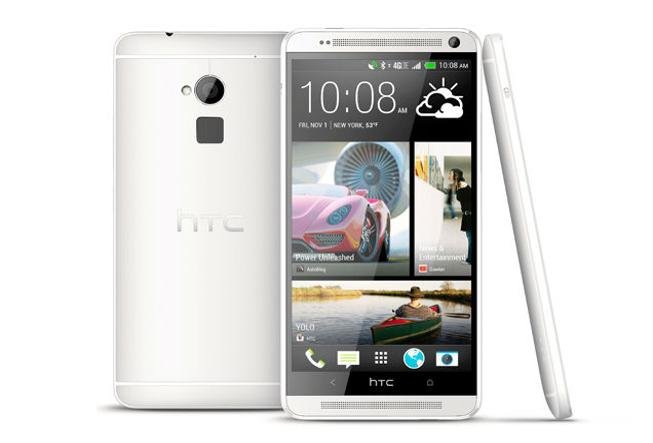 HTC One Max smartphone with 5.9 -inch display and a fingerprint scanner is presented. The Fablet ( phone + tablet ) Samsung Galaxy Note 3 , the LG G- 2 and Nokia will bump Fablet .

The company’s website for India ‘ Coming Soon’ began appearing with the tag , so that India could be involved in those countries where the company will lose the phone first .

HTC One Max 368 ppi ( pixels / inch ) pixel density is a full HD display . It looks like HTC One and MINI One , but the back cover can be easily separated . It gigahertz  1.7 quad – core Snapdragon processor and 2 GB RAM 600 . android with the HTC Sense 4.3 user interface will run on Jelly Bean .

Forest Max ultra pixel 4MP camera on the back . Although it is not Stabilization optical image , which is in the HTC One . There are options of 16 and 32 GB internal Storage . 64 GB micro – SD card can be fitted . It Bum sound dual speakers and infrared blaster , but the Beats Audio sound technology is not .