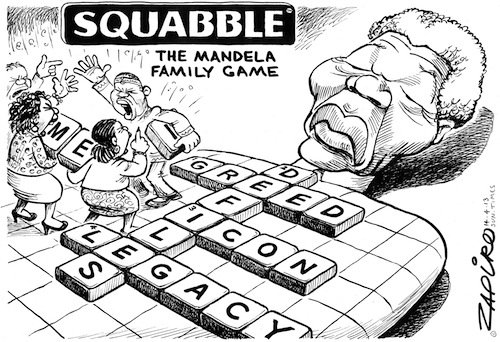 South Africa’s former president and anti racism – movement hero Nelson Mandela , died at age 95 . South African President Jacob Zuma said in a statement on the country’s national television channel , “The nation has lost its greatest son . Gang of South Africa , Nelson Mandela united us and we will send them all together . ” Mandela was to identify the world’s best leaders . He racial government in South Africa to replace a democratic multi-ethnic government have long struggled . During this struggle he was imprisoned for 27 years

He took charge of the country’s first black president in many other conflicts also played a key role in making peace . He was awarded the Nobel Peace Prize in 1993 . Worldwide prison in 1964 after Nelson Mandela became an icon of the struggle against apartheid . However , their protest against apartheid that had begun several years ago . Much of the twentieth century in South Africa was dominated by the National Party and the Dutch Reform Church . The principle Afriknr ‘ Read the Bible in a manner based on the role and power of the Boer people .

The roots of racism in South Africa existed since the early days of European rule . The first government of the National Party came to power in 1948 after apartheid was given legal status . It was not just the white ones were cast in this election .

The people who put him in jail , tortured to those he showed no bitterness . He always seemed happy and their personality and life story attracted the whole world . In 1999, he became president after 5 years, and South Africa’s most influential leaders proved chair left . He also took the campaign against HIV and AIDS and the 2010 Football World Cup in South Africa in attaining their role .

In 2001 he was diagnosed with cancer . In 2004 he retired from public life that he wants to spend time with your family and friends . Eastern Cape of South Africa Mandela was born in 1918, was born in a small village . He Mdiba often their clan and clan names in South Africa , the ‘ Mdiba ” was called for . His clan had put his name Rolihlahla Dalibnga but his English name, Nelson was appointed a teacher at their school . Thenbu His father was an advisor to the royal family and the Nelson Mandela 9 years old when he died . His childhood was spent in the care of Dlindayabo Jongintaba Thenbu chieftain . In 1943 he joined African National Congress . He became President of the African National Congress later .