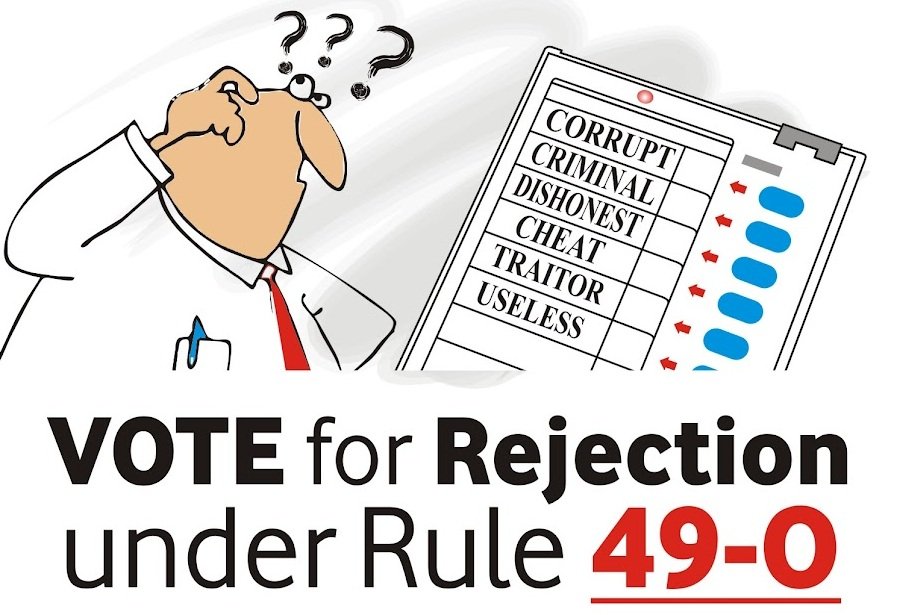 The Supreme Court in a landmark judgment now EVM EC voters  have “None of them” the option . Supreme Court decision on a petition by the NGO People’s Union for Civil Liberties has four . Now voters have option Right to Reject option.

In EVMs ‘ None’ option on the voters still do not like any candidate will be able to reject a candidate by pressing the button . To the central government to implement the Supreme Court is asked to help . EC December 10 , 2001 , after the candidates ‘ None ‘ option was sent to the government , but no action was taken on this in 12 years .

There is no provision yet . The petitioners argued that the voter has the right to reject all the candidates . However, the government took no action on it .