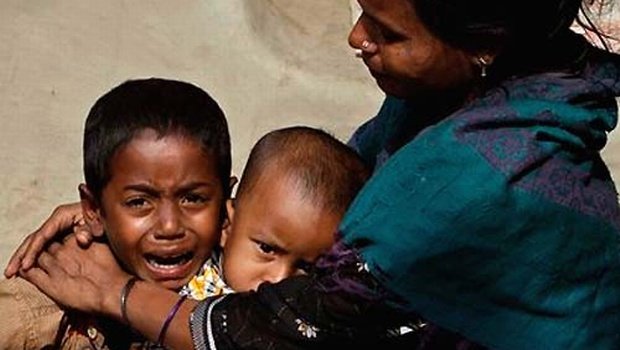 Adampur Mubarakpur area of Azamgarh district in Uttar Pradesh, police drinking spurious liquor in the village who died in the incident is taking the series seems to end . So far, 21 people have been killed in the incident , although authorities have confirmed the death of eight . Five sick people are being treated at the district hospital right now . In this case, Mubarakpur police Thanadhyksh Vishwanath, Mubarakpur and light charge station has suspended two soldiers .
Raw alcohol illegally created Adampur Adampur village , Atrdiha , Amilo , Kaudia , Dihwa the village of about two dozen more people drank . Thursday evening was suddenly sick of all the above . Mubarakpur primary health center where they were taken 65 years to dump Bhulln Chauhan alias declared dead by doctors . Another view of the critical situation referred to the district hospital .
District hospital and 35 -year-old Gopal Jaiswal Ramjnm 50 years , 35 years Rampyare , cumin ( 50 ) , Manoj ( 45 ), Sanjay ( 32 ) Tue ( 60 ) , including 14 people were killed . 6 dead bodies were brought for autopsy , while many people fear the police cremated the dead . People say that all the scrap heap Chauhan had a shop to buy alcohol . Sanjay Chauhan and his son looked at wine seller in the event of death .
Azamgarh SP Arvind Sen said that so far eight people have been reported killed . He Mubarakpur Thanadhyksh Vishwanath, Mubarakpur charge checkpoint is suspended and two soldiers . In this case, the Excise Department has been silent . The police say that even those who are involved in the wine business , the police is trying to arrest .
The Chief Medical Officer Dr VB Singh says that sick after drinking alcohol was brought to the district hospital , two of which over 13 people were killed . Three died on the way to Varanasi , while the rest were killed in the village . The autopsy report will be known only after the exact cause of death .