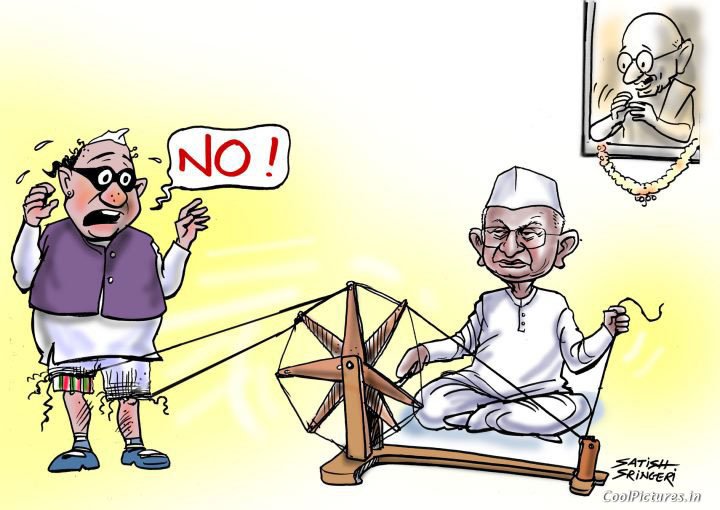 In the year of Lok Sabha elections , Congress Healy spank Ombudsman political stakes to control the damage got from the failure of congress party in four states. During the Anshan of samajsevi Anna hazare,Congress Vice President Rahul Gandhi urged opposition and other consisting parties in the Parliament to pass the Lokpal bill. He said that Ombudsman’s is a strong weapon in the war against corruption.
Rahul Gandhi is looking forward to get green signal for jan lokpal bill. Anna gives a sigh of relief to UPA Government by giving his consent to Ombudsman bill represented in the parliament. The way Congress party attached Rahul Gandhi with Ombudsman, Rahul is now expecting to get the green signal from the Rajya Sabha on Monday. The BJP and Left party already declared that they are ready to pass this bill without any discussions in such. This is confirmed that bill will be be passed in the parliament after amendments also.
Congress Vice President pointed out that since this Bill is broad consensus, therefore all parties should cooperate to pass it. He rejected the allegations outright defeat in four States, Anna Anshan and after a powerfull performance of AAP in Delhi he decided to pass the Ombudsman Bill by Congress. Rahul said these events have nothing to do with the Ombudsman bill. Rahul said Ombudsman bill to pass we are struggling over a year but would disrupt Parliament proceedings. Ombudsman is a serious weapon against corruption.
Chidambaram said only two or three changes are beig done by the Government in the Parliament’s select Committee recommendations in the direction to take care of the interests of Government’s employees. He said overall conforms to the ongoing debate in the country on the Ombudsman this Bill. On the protest of SP Chidambaram said that some provisions might object, but SP did not say that the Ombudsman should not be . While Sibal said that CBI will work under Ombudsman. Ombudsman will have its own investigation and prosecution agency. Government is fulfilling the dream of public to run a campaign against corruption.

Rahul remain silent on Anna Anshan …
Rahul has not commented on Anna’s fast nor told him to finish the Anshan. He said that it is his own perspective to do Anshan.