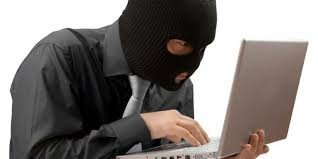 The Delhi Police catch e-banking fraud is the new way to catch hackers to hack your victim’s Internet banking account and then connected to the SMS bank customer their illicit tranjaikshans from reaching his mobile number block will henceforth. South Delhi police recently in a similar case, Nigerian arrested. He Bank of account a NRI living in Japan and 70 Lakhs Rigging.

They were seized including almost 3 laptop it has 1.5 million people banking data. during questioning he told police that he was the first to hack the Bank website customers  data, including Internet banking ID, password and other information to the mobile number, on which the SMS is sent from the account transaction. information to these hackers go mobile service provider retail outlets the handset Make the excuse of losing with SIM and number blocks.

The police officer said, “they have a mobile number owner name and address based on this already. it take the same number were also duplicate SIM card.” according to the police, recently several cases have surfaced, including block by millions of tranjaikshans. Global Alliance for improved nutrients (GAIN) of the Bangladesh country head basanta Kumar Delhi Police’s economic crime branch on August 13 near FIR Was lodged there was told that some criminals have their bank account via Internet banking, from 31,000 rupees he phone number after you remove the block.

Officials said that banks send SMS alerts on each transaction to the beginning of the customers  after the offender has been one step forward and now need to find new ways for it. He pointed out that people keep reinventing your Internet banking password regularly. such mostly forged official tranjaikshans at night.Changing the policy, banks should focus on those transactions  who are at night and is suspected of having forged. banks should take the mobile number to which account to a suspicious activity information in the customer. these huge amount a plus transactions   or transactions   may be included in an overseas account, money transfer might be.

Previous The problem is not in the army, it’s in Central Government: MODI
Next smart management for slow down