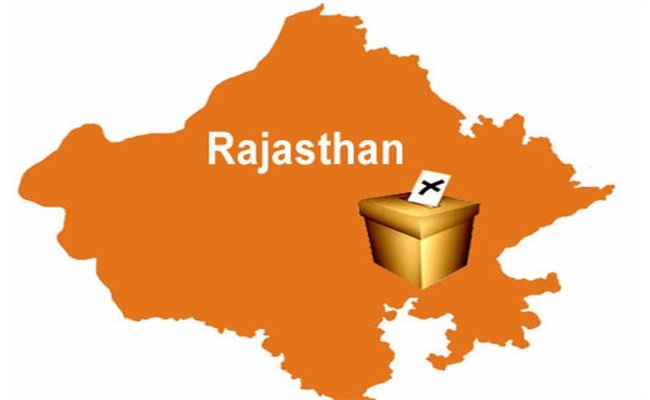 Six sitting MLAs were refused tickets by the party’s Central Election Committee that finalized the candidates. One MLA has been re-nominated but from another constituency.

Prominent among those who will contest these elections are three former MPs Kiran Maheshwari, who will fight the polls from Rajsamand, Subash Mehria (Lachmangarh) and Srichand Kriplani (Nimbahera).

Former Chief Minister Vasundhara Raje will be in fray from her seat Jhalrapatan while Kataria will contest from Udaipur.

Raje loyalist and former PWD and Parliamentary Affairs Minister Rajendra Rathore, who was jailed for the alleged fake encounter of bootlegger Dara Singh but released later, will contest from Churu. Gyandev Ahuja, who is also close to Raje, will contest from Ramgarh.

Former vice-president of India Bhairon Singh Shekhawat’s son-in-law Narpat Singh Rajvi has been given the ticket from Vidhyadhar Nagar.

Among the candidates declared on Tuesday by BJP, 24 are for Scheduled Tribe and 30 Scheduled Caste seats. The party is fielding two ST candidates in two general category seats. 20 women have been given ticket this time while three Muslims will be in fray on a BJP ticket.