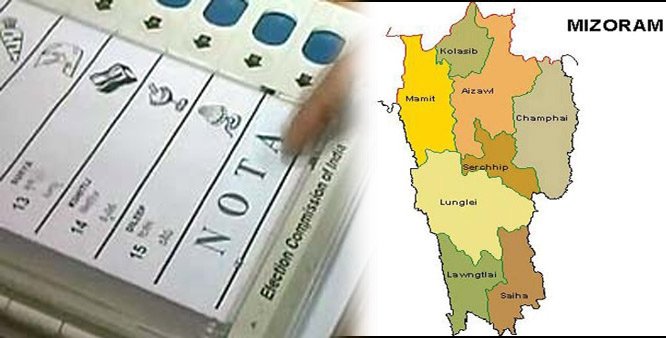 The ruling Congress is contesting from all 40 seats while the main opposition party, the Mizo National Front (MNF), is contesting from 31 seats with its pre-poll allies the Mizoram People’s Conference (MPC) and the Maraland Democratic Front (MDF) contesting eight and one seats, respectively.

The MNF, MPC and the MDF have forged an electoral alliance under the banner of MDA.

The Zoram Nationalist Party (ZNP), however, has decided to go alone and contest 38 seats while the BJP is contesting from 11 seats.

Lal Thanhawla’s opponents in Serchhip are C Lalramzauva of the MNF who was earlier defeated by the former in 2008 by a margin of 952 votes and P B Lalsawmliana of the ZNP, a new face.

The state PCC chief would be pitted against the sitting legislator Lalthansanga of the MPC and H Laladuhawma of the ZNP in the Hrangturzo seat.

Former chief minister Zoramthanga would try his luck in Mizoram-Myanmar border East Tuipui seat where he would be contesting against T Sangkunga of the Congress and W Chhuanawma of the ZNP.

Zoramthanga had won from this seat in 1998, but vacated it in favour of his close aide K Vanlalauva as he also won from the Champhai seat.

MNF’s ally MPC chief Lalhmangaiha Sailo is contesting from the Aizawl East-I seat where he would be pitted against sitting Congress legislator R Lalrinawma and Zarzoliana of the ZNP.

Son of ageing former chief minister Brig T Sailo, the MPC chief, who is new in politics after his retirement from Indian Revenue Service, had unsuccessfully contested the Assembly by-polls from Chalfilh seat in April last.