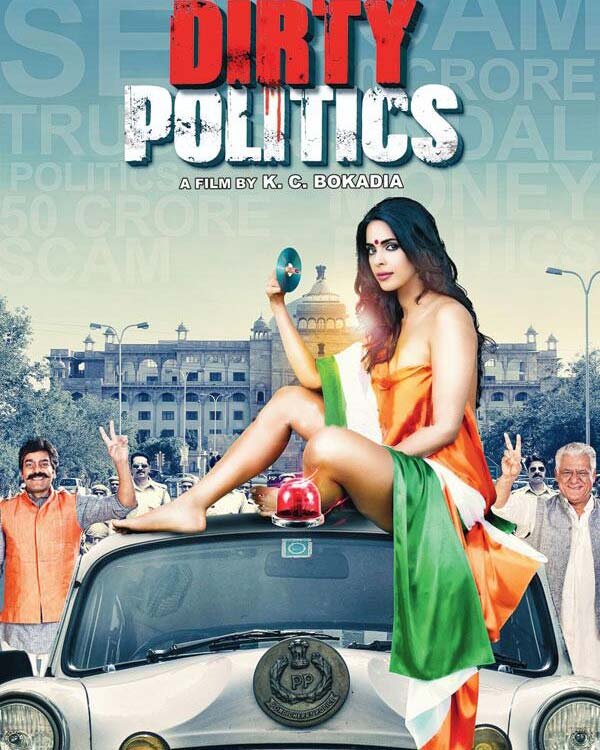 Bollywood  actress Mallika sehrawat controversy again in this because of the comments, but not his film of Mallika ‘ dirty politics ‘ is a poster this poster in the newly released movie. Mallika sehrawat on your body just national flag lapte. activists of the political parties do not thaw it. He was immediately tabled to this scene from the movie the next sought to edit.

Movie director c booked some of the political parties in Rajasthan, said workers replaced the Tricolor to use another color clothes pressing. movie “dirty politics” the political corridors of Rajasthan famous bhanvari Devi sex scandal has assumed hurricane and reported based on the murder case.

The last days of an extremely bold poster was released to a CD in hand in Mallika. red light sitting in the Ambassador’s car and body aches, just wrapped in the Tricolor has shown the Rajasthan Assembly building background. Movie Maker booked first look of the film admitted quite provocative, but he dismisses talk of humiliation of the national flag.

He said, ‘ the cloth wrapped on his body aches, Mallika, Ashok chakra. this national flag has nothing to do with. This is a simple cloth, which is made up of three colors.

Booked, said the choice of any political party mark. I get involved with a political party. I have no sense of politics. I’m just a filmmaker tries to show your skill and. According to all the right censor board of glenside.