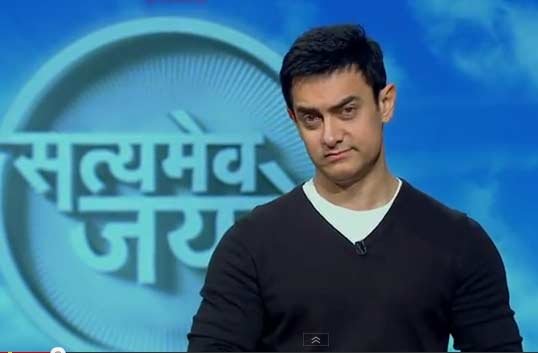 The first season of Aamir Khan’s TV reality show based on social issues ‘Satyameva Jayate’ won the hearts of people. Now the show’s second season is set to on air. The second season of the show is going to begin from 2nd March.
This time also tales based on true and sensitive issues will be shown such as violence on women, infanticide, but the show’s format will be different.
This time, instead of showing all 13 episodes together it is divided into three parts. These three parts are designed in view of the seriousness of the issues. The first part will be four episodes, to air four Sunday. Aamir Khan with whome the first season leads to the heights of success will host the show this time, again.
It is being told that show’s first episode will be based on the pity and sorrow status of women in our country and violence against them. The true crime stories will appear.
The show’s first season broke all records of popularity. The show is based on true stories and issues of society, is quite close to Aamir’s heart. During the shooting hearing the true stories of people on the set, he often had to cry. The shooting of the first episode of the second season is over.