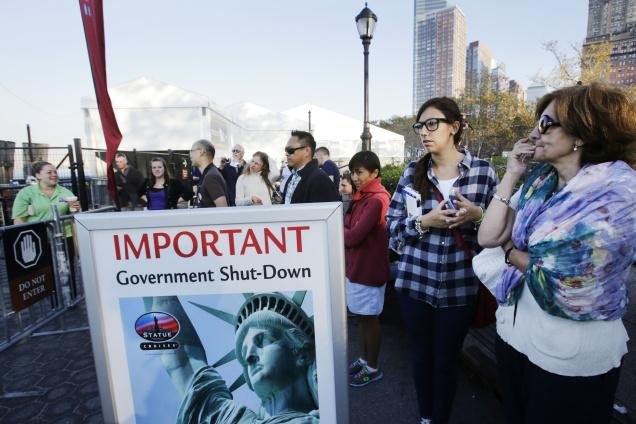 The U.S. government is mired in a severe crisis . President Barack Obama and Republican opposition to agree to get the budget approved by the set deadline of 30 September, 12 am is not secured. Because once again, after 17 years in the U.S. ‘ shutdown ‘ has begun . The federal government’s non-essential operations will be closed . Many government offices , museums and national parks would close and because , over seven lakh government employees have been forced to go on leave without pay .

President’s Office, White House budget office 10 minutes before midnight office departments started issuing orders to stop . The closure of the functioning of federal agencies , their sites are starting to be offline . Message on sites from the federal budget over the period the service is not available at the moment . The budget has been restored in a few sites will start working again . However , security and airport traffic control departments such as the postal sharing work will not stop.

Given the fears of lay-off a few hours before President Barack Obama began working on possible measures . He signed the bills , which partially shut down during the military budget will be allocated . He criticized the Republican party in the country , saying that it wants to re- election .

All standoff over President Barack Obama’s healthcare law , which is also called Obamakeyr . The Republican majority in the House of Representatives to pass the budget and is major parts of Obama’s health reforms has been subject to deferred for one year . Associated with the health care law passed in 2010 , much of the U.S. Supreme Court has been and is still justified . This law will come into force from Tuesday .

This improvement is believed to be crucial for President Obama’s term and that in any case, are not ready to take it back . Health insurance can be made via the official site . On the other hand , the Republican Party says it expensive for reform and economic growth is bad for the citizens .

Lay-offs in the U.S. for the first time in 17 years . In December of 1995, the first year such a situation were made for 28 days . Demokrat Bill Clinton was President at that time . Millions of government employees did not pay and was sent home on leave . Action was taken on the forms of health insurance and social welfare . This created a situation in 2011 – becoming a survivor.

Shutdown because of deadlock over the U.S. is greater than the danger . The U.S. government ‘s debt limit will end on October 17 . The U.S. debt limit is $ 16,700 billion . If the U.S. Congress does not increase it in time , the U.S. will be unable to repay their debts would be practically bankrupt . It will have an impact on the world economy .

In 2011, the U.S. government debt ceiling impasse faced a similar range . Republicans and Demokrats agreement was reached at that time were that day , the day of the lending period was ending . Even though the Standard & Poor ‘s had shown a decline in U.S. economic conditions .

Previous Nokia going to launched new Nokia Lumia 929 Verizon
Next Obama has 17 days to save the U.S. economy