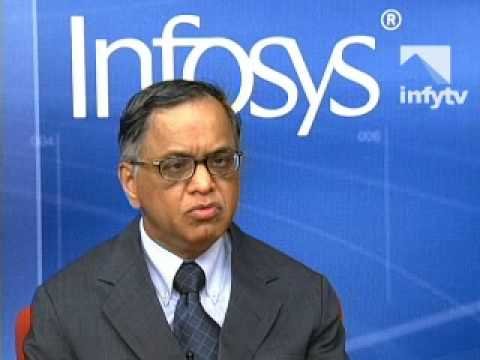 Exodus of top executives from the company  Infosys co – founder and executive chairman NR Narayana Murthy, who left, the ‘Best of Luck’ is said. He said Infosys must have strong leadership cadre will not compromise the company’s future.

Murthy said the company has many important roles played by these people. For several years, some of them new things, to discharge the responsibilities. So we wish for all these people to leave.

Difficult conditions last year to bail out struggling Infosys Narayana Murthy was returned to the company. Murthy has expressed confidence that the company has a strong cadre of people who are led.

In response to a question, said his son Rohan Murthy of Infosys is ready to charge or not to make her own decision. What position will handle Rohan Infosys, I can not decide. Their hearts – who have it in mind. So I can not say that he will do in the future. It is not reasonable for me to decide.

Every employee left the job
Infosys top management people left, middle and lower levels of the nervous disturbed by people leaving. In the October-December quarter last 1,823 people left the company. 6,682 appointments by the company during the same period. But in that period, the total number of employees declined by 1,823 and the number is 158 404 people.

21 per cent rise in profits
Software Service, the country’s second largest IT company, Infosys, its net profit in the last quarter and 21.4 per cent from Europe and the U.S. economy is likely to further improve the assessment have to.

SD Shibulal, CEO and MD of the company said that the third quarter was perfect for us. During this time we have been able to grow 1.7 per cent. 0.7 per cent rise in turnover. There was good growth in the company’s customers during the same period, 54 new customers, of which $ 5 million U.S. subscribers are connected.

For the current financial year the company’s revenues increased from 24.4 to 24.9 per cent estimated earlier has 21-22 per cent. Shibulal said the business confidence of our customers, but they keep spending cautiously.

Infosys chairman Narayan Murthy said the company’s executive officers of the Company is better if the result is good enough for company. I want to work in the interests of the company. After a steady decline in the company’s results, the company’s co-promoter Narayana had to come back to the position of chairman.