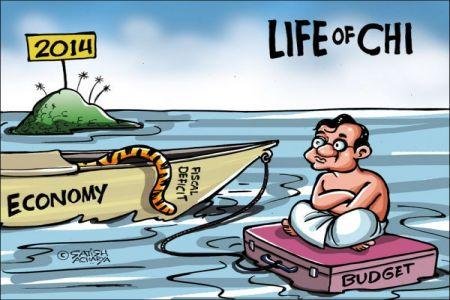 Chidambaram out of Lok Sabha Elections, Fear or Sacrifice?

The last time barely won the election Congress senior leader and Finance Minister P.Chidambaram told that he will be out of the battle of Loksabha elections this time. The party announced that Karthi Chidambaram son of P.Chidambaram as the candidate of Tamil Nadu’s sivaganga seat. Former Chief Minister of Jammu and Kashmir Ghulam Nabi Azad also could not show the spirit to fight election from the Kashmir Valley. Now he will contest from Udhampur constituency.
Mani Shankar Aiyar who lost last Lok Sabha elections in Tamil Nadu, showing his own fight and is standing from Mayladuri seat. It is clearly evident from the updated list of the congress party that the formulla of Rahul Gandhi of not giving tickets to paratroopers has been dismissed altogether.
Congress relied on its old faces in its seventh list. The list of 50 names remaining two seats in Delhi, the party has ended the suspense. Not taking any risk the Congress party decided to fight election with its current members of the party. Congress leader Sajjan Kumar’s brother Ramesh Kumar from South Delhi and Mahabal Mishr from West Delhi are nominated as the candidates of Congress.
Laxman Singh the brother of Digvijay Singh will contest against the current MP from Vidisha in Madhya Pradesh and BJP leader Sushma Swaraj said the Congress. P.Chidambaram hardly managed to won the last elections from Sivaganga Lok Sabha constituency last time and managed to opt out from the Loksabha elections this time.