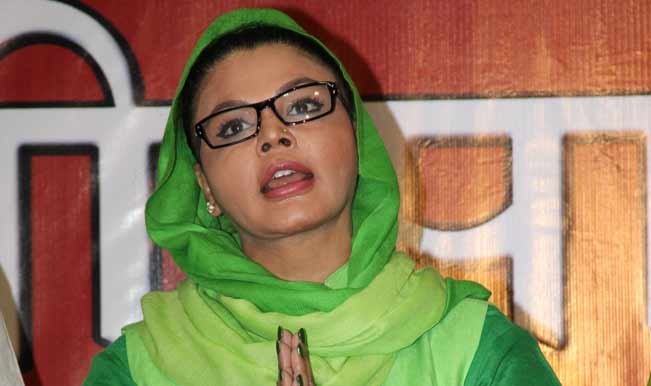 Bollywood star Rakhi Sawant has said she wants to wake up Members of Parliament from their sleep to look into the issues of common man.

“I want to contest the Lok Sabha election to wake up the MPs from their deep sleep. Political leaders are sucking blood of the people,”

Rakhi is all ready to contest the Lok Sabha election from Mumbai North-West constituency, told reporters here yesterday. For the success

of the poll she offered prayer at the Shirdi Saibaba temple also.

When asked on which party ticket would she contest the Lok Sabha election, she told the reporters to wait till today for her

announcement and added that she would file her nomination papers on Saturday. She is going to contest the elections independently.

Rakhi said that “I am happy in Bollywood, but I am contesting elections to solve problems of people as they have trust in me,”

Answering a question, Rakhi said anybody can become the Prime Minister, but what is important is that who takes care of the problems

Rakhi had been offered a BJP ticket from Srirampur in West Bengal, but she said she declined it as she didn’t know the local language.