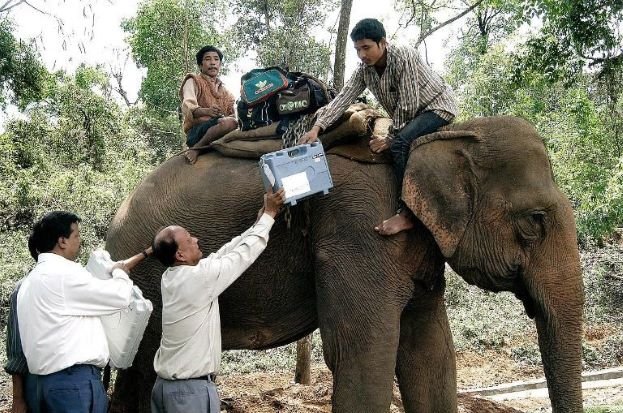 Voting continues for the first phase, the voting rows began –

The voting is going on for the five seats of Assam and one seat of Tripura of the parliamentary seat. These elections will decide the fate of 51 candidatess including two Union ministers for the five Lok Sabha seats in Assam. In the tight security 64 lakh 41 thousand 634 voters are going to exercise their voting right.

On the other hand, the Left-ruled Tripura constituency ‘Tripura West’ the counter contest will take place between the Congress CPM, Trinamool Congress and BJP. The main contest for this seat is between CPM’s Shankar Prasad Dutt Congress leader Arunaday Saha , BJP’s Sudheendra Das Gupta and Trinmool’s Ratan Chakrvarti.

All seats will be voted by 5 pm. In view of the elections in the two states elaborate security arrangements have been made. This time 81 crore 40 lakh voters of the country will exercise their right to vote. In this election 12-15 million voters will participate for the first time. There are still dozens of candidate filling their nominations.

Experts say that this time election is very important because in the last few elections, the voters have clearly transfer the power to rule by their votes. Every election is significant in India because of the large number of voters are taking part in this process.

To ensure maximum participation of voters in the general election, it is for the first time that extra time is being given to vote. The voting began at 7 am and will continue till 6 pm. However, in view of the security concerns in Northeast, polling will be from 7 am to 5 pm, while in Manipur and Nagaland it will be from 7am to 4pm. This time four Maoist-affected areas Rajmahal, Dumka, Godda, Dhanbad of Jharkhand Election Commission has decided to vote between 4 am to 7pm.

Previous Bad news for Katrina! A heroine wants to marry Ranbir.
Next Second phase of voting begins amid tight security –